Microsoft Windows 10 20H1 is expected to release in April 2020 (or update May 2020), and this new version is also called Windows 10 version 2004. Different from Windows 10 November 2019 (version 1909), this Windows 10 20H1 release will be delivered as a full OS update, and a series of useful improvements and new features will come together. So let’s dive into the Windows 10 20H1 to have a look at the new changes.

In this new update, Microsoft seems to reposition the Windows 10 Cortana as a productivity-based assistant that enhance your work life. So it will help you out with your emails, schedules reminders, all of that Microsoft 365 based stuff that Cortana should be very good at. Besides, in this Windows 10 version 2004 update, Cortana comes with a flexible and friendly interface, now you can move and resize the Cortana interface as you like, and it supports both text and voice interactions. However, the big drawbacks of this Windows 10 20H1 update are that Cortana can not control the music, smart home control, and other third-party apps. For example, if you want to use Cortana to turn off your lights or play music, it can't do that. 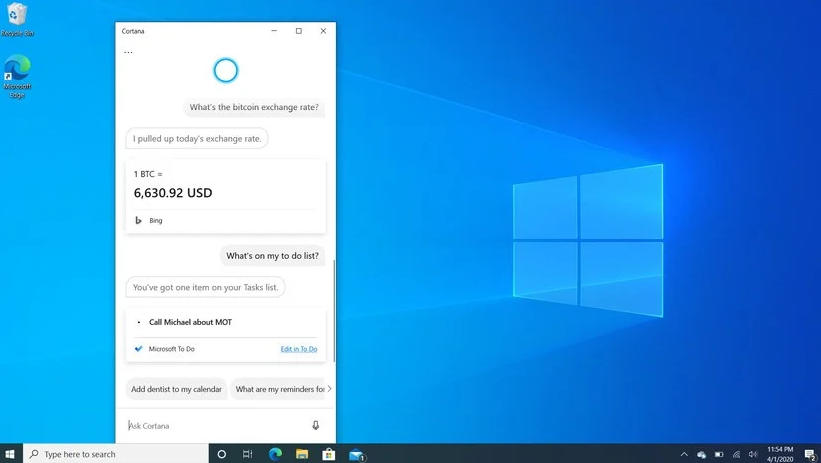 Windows 10 virtual desktops are one of such features that you can use it or not use. For many powerful Win 10 users, create different desktops for different work environments are necessary and productive. In this Windows 10 20H1 update, users can rename it with text or emojis, which is unavailable in the previous Windows 10 versions. No longer to use the default names of "Desktop 1" or "Desktop 2".  After renaming it, users can save the state across reboots, which is also can't be realized in previous Win 10 versions. 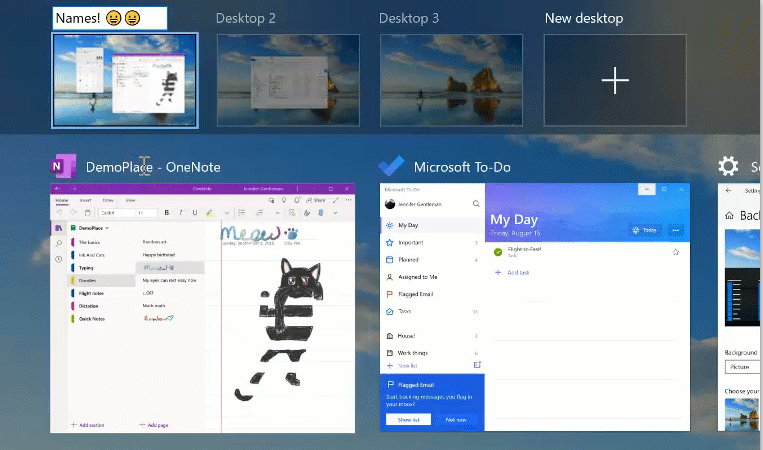 The task manager in this new Windows 10 20H1 update allows Win 10 users to check the detailed GPU temperatures when they open the performance tab. This new change in helpful for power users. Please note that this info view is only available for dedicated GPUs that support WWDM 2.4 or higher. If your computer GPU doesn't meet that requirement, you may not see the temperature inside the Task Manager in the Windows 10 version 2004.

What's more, if you had multiple hard drives, you are able to see the types of your disks inside your PC. Underneath each disk drive, the task manager now shows an SSD or HDD indicator that helps you know the drive you're using is mechanical, solid-state or removable storage. Besides, in the details tab above, the Provide Feedback option is also available now.

In the Windows 10 20H1, the search function becomes more intelligent and quick. It can detect and correct the small typos in search queries, which previous versions can't do. And it will show better suggestions when you type something on the search bar. What's more, Microsoft has added a few quick searches along the bottom of the Windows Search interface for instant access to frequent web-based searches such as the weather top news, and new movies. 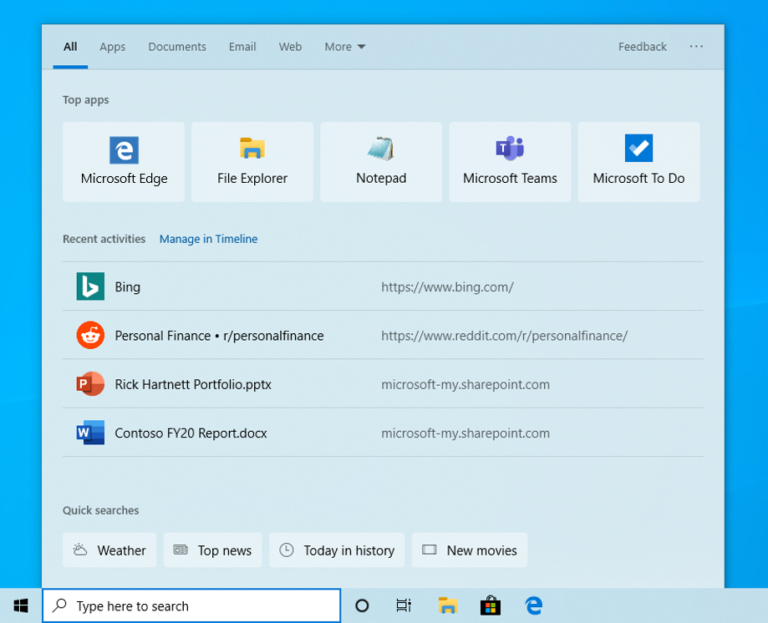 Changes in Settings of Windows 10 20H1

Microsoft has made few changes in the setting windows, the header is updated with a new message get even more out of windows. it contains options to set OneDrive to link your phone and an able timeline and more. And Microsoft is always trying to improve user's profile security while keeping the convenient user experience. In this new Windows 10 20H1 update, if users have enabled the Windows Hello service, they cannot log in to the device from the lock screen via the Microsoft account, which will be safer for users to protect their privacy. Besides, this new Windows 10 version 2004 update also adds other functions like cursor speed control as well as updates to existing settings already under the modern Settings app. 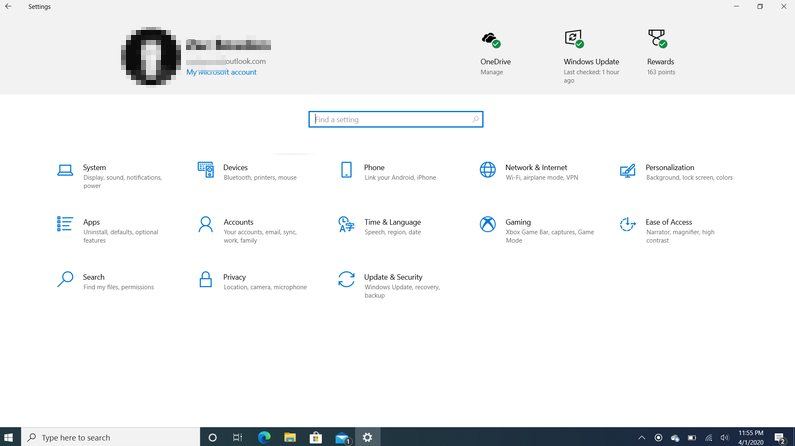 As the main features of the Windows 10 20H1 mentioned above, there are still other packed with smaller tweaks and bug fixes that you can’t miss.

The Windows 10 20H1 (Version 2004) is the first update of Windows in 2020, and there are many significant and noteworthy changes. In recent months, Microsoft has been testing Windows 10 20H1 (version 2004) to make it closer to a public release. But at present, it is already available for Windows insiders. And the ISO file of Windows 10 20H1 has been released, which you can download from the Windows Insider site here. The release of the ISO file means you can now perform a clean install of your machine with Windows 10 20H1, as it’s fairly stable nowadays. Though there are definitely lots of rough edges and bugs, Microsoft will get them addressed appropriately when the Windows 10 version 2004 is released in April 2020 (or May 2020).