PotPlayer for Windows 10 can source files from URLs, FTP servers, local storage, digital and analog TV, and Blu-rays and DVDs. The playback is always auto-optimized to suit the preferred output device. Using PotPlayer, you can conveniently download and sync subtitles, which makes it easier to watch videos in different languages. Besides, you can add subtitles manually and customize the text's appearance on-screen. Subtitles can also be inserted and placed at a custom position, while an integrated function lets you take snapshots of desired frames.

PotPlayer has a pretty interface with all necessary playback options, including volume slider and a decent, resizable preview section. A playlist can be toggled on, as well as a control panel, with the possibility to stick them to the main window and move around the desktop as a group. 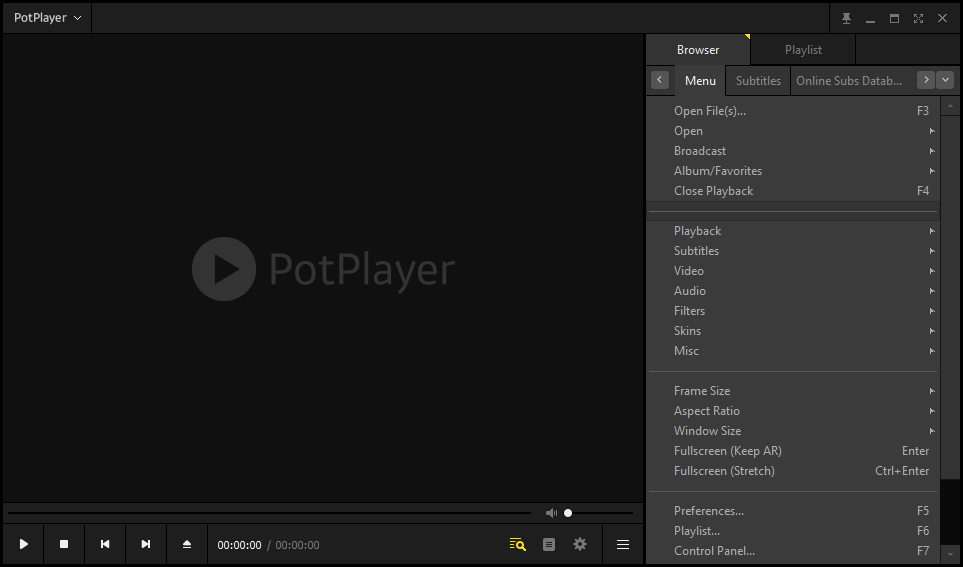 Provides the maximum performance with the minumum resource using DXVA, CUDA, QuickSync. Get the best out of what you have.

Supports various types of 3D glasses so you can get the 3D experience anytime you want using your 3DTV or PC. Various output format (Side by Side, Top and Bottom, Page Flipping) supported.

Variety of Codecs, Easy to Manage

No need to install different codecs all the time when using the player. Supports OpenCodec so users can easily add whatever codecs they want.

Preview the scene with snapshots

You can bookmark your favorite scene or chapter

Supports various devices such as DVD,TV,HDTV