CyberGhost provides user with a range of subscription plans that are suitable for all user categories. It offers strong 256-bit AES encryption, IKEv2, L2TP, and OpenVPN protocols which can protect your privacy, torrent and unblock streaming services. With CyberGhost VPN, you can connect to over 5900 VPN servers in 90+ countries and 112 VPN locations and enjoy unlimited bandwidth with absolutely no throttling or buffering.

Its automatic kill switch makes you less susceptible to IP address leaks when the server is down, security blocks on ads and malware, no-log policy. CyberGhost VPN allows you to decide which of the other modes' settings to use, from ad- or malware-blocking, to whether to compress data. It can be used, for example, to simultaneously surf anonymously and get around regional Internet blocking policies. 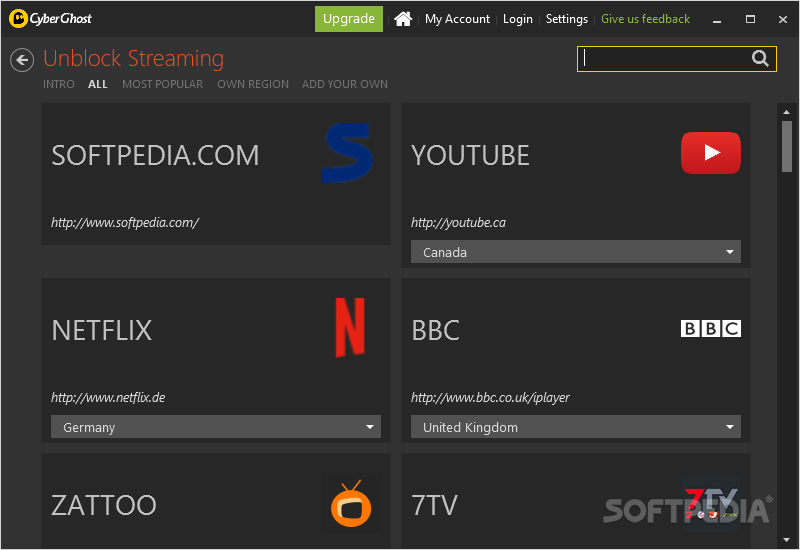 Secure your transactions and conversations